Assemblymember Kevin Cahill (D-Kingston) announced signature by the Governor of three bills relating to the insurance industry.  These new laws address protections on neonatal coverage, modernizing mortgage insurance for homebuyers and extending the State’s reporting requirement regarding the renewal of auto-insurance policies in New York.  “As Chair of the Assembly’s Insurance Committee, I am pleased to […] 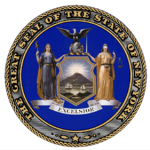 Governor Andrew M. Cuomo today announced the following appointments to his administration, adding to a team committed to implementing his bold agenda. “From tuition-free college for the middle class to the nation’s boldest infrastructure agenda, our administration has an unprecedented record of success in fighting for greater social and economic opportunities for all,” Governor Cuomo said. “These […] 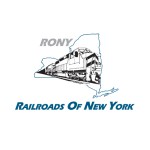 Today, RONY Executive Director Scott Wigger presented testimony to the Legislative Fiscal Committee Budget Hearing on Transportation at which he outlined the needs in the NYS freight rail network and how the state’s freight railroads are prepared to partner with New York State to upgrade and strengthen the state’s rail infrastructure.  Included in the Governor’s […]

In his 6th State of the State Address, Governor Cuomo lays out transformative agenda for New York State that builds on 5 years of progress and turns focus to raising the bar on pressing issues and areas of opportunity Governor’s Executive Budget continues record fiscal discipline while making dramatic investments in infrastructure, affordable housing and […]