Dan has been lobbying at the State Capitol since 1980 and he has extensive experience representing the interests of private sector companies and associations before the New York State Legislature, Executive Office, State Agencies and Public Authorities.

Prior to establishing Plummer & Wigger, Dan owned and operated his own lobbying firm and was either an employee or partner at Featherstonhaugh, Wiley & Clyne (1995-2003) and Hennessy, Plummer & Griffin (1986-1995), a government affairs firm that represented over 75 companies and associations during its existence.

He began his professional career at the Business Council of New York State where he was responsible for the legislative and regulatory programs in the areas of economic development, energy, construction, manufacturing and transportation.

Dan has a Bachelors degree from Siena College and is a lifelong resident of the Town of Bethlehem where he served as Deputy Supervisor (2004-2009). He was also elected and served two terms on the Bethlehem Town Board (2000-2008).

Scott became a Partner at Plummer & Wigger in May 2013.  He has over 15 years of experience working in governmental relations.  He began his lobbying career at Featherstonhaugh, Wiley, Clyne and Cordo where he worked on a variety of legislative responsibilities, including client relations and association management.  While there, he gained extensive experience working with the manufacturing, economic development, transportation, high tech, insurance and banking sectors. 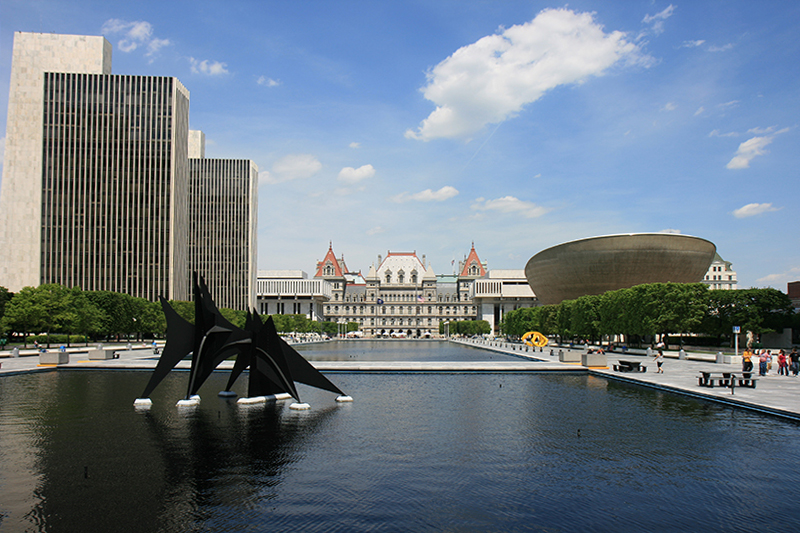 Scott attended Binghamton University where he graduated with a Bachelors degree in Economics. While there, he also spent time working at the New York City Department of Finance where he worked on corporate tax compliance issues.

Scott currently resides in the City of Albany.

Ed has spent over 37 years as an attorney and lobbyist, representing individuals, corporations and other organizations before every branch and level of government. He is the founder, president and CEO of Wassermann Government Strategies, a government relations firm which he launched in 2015 to help his clients navigate the complexities of NYS government to achieve budgetary, legislative and rulemaking results.

As the former Chief Counsel and Deputy Counsel to the NYS Senate Democratic Conference for 16 years, Counsel to the Joint Legislative Ethics Committee and Counsel to the NYS Assembly Committees on Correction and Oversight, Analysis and Investigations, Ed has over 18 years of hands-on experience with the inner-workings of State government. And as a former Partner of Marsh, Wassermann & McHugh and Chief Operating Officer of The Elk Street Group, he brings additional government relations expertise to Plummer & Wigger.

Mr. Wassermann is the former Deputy Director of the New York State Defenders Association and over the years has represented clients in criminal, civil and family court matters. He is admitted to the practice of law in New York State as well as the Northern District Federal Court and the United States Supreme Court.

Among his many local activities, Mr. Wassermann serves as the Executive Branch appointee to the Board of Directors of the Watervliet Arsenal Business and Technology Partnership where he is directly involved in the Capital Region’s job creation efforts, with a special focus on promoting opportunities for veterans of the armed services.

Marge has over 19 years of experience working in governmental relations.  She is responsible for the preparation and filing of all lobbying reports with the New York State Joint Commission on Public Ethics (JCOPE). Marge interacts with all of the firm’s clients to ensure that they are kept abreast of all New York laws and regulations affecting their lobbying activities and advises them in their compliance issues as they prepare and submit their required New York filings. She monitors the introduction and daily status of all legislation affecting each client and supervises the individualized client tracking system. Additionally, Marge manages the accounting and the general business for Plummer & Wigger.

Prior to joining Plummer & Wigger, Marge was the Administrator of Religious Education for 7 years at the largest parish in the Albany Catholic Diocese. While there, she was responsible for tracking the certification of the catechists and the grade coordinators who instructed over 1,100 enrolled students. She also assisted in planning the curriculum, sacramental preparation, ceremonies and registrations.

Marge attended the College of St. Rose and currently resides in Colonie.